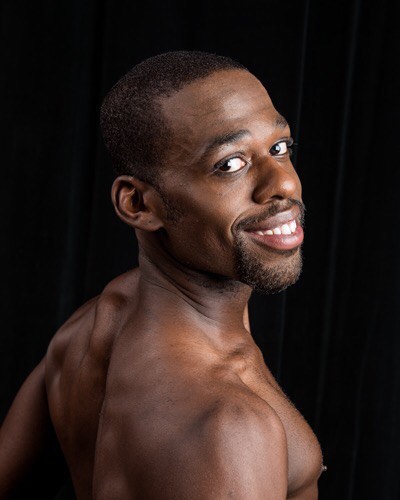 Originally from St. Louis, Mr. Page-Sanders received his formal dance training from the Center Of Creative Arts (COCA) and the University of Missouri- Kansas City: Conservatory of Music and Dance. He is the CO-Founding\Artistic Director of NU-World Contemporary Danse Theatre, which he founded with Bashir Page-Sanders. As a performing artist, Christopher is grateful to have danced as a member of such notable companies as: Cleo Parker Robinson Dance Ensemble, Hannah Kahn Dance Company, Owen\Cox Dance Group, Wylliams-Henry Contemporary Dance Company, Moraporvida Contemporary Dance Company and the Leah Glenn Dance Theatre, to name a few. As a choreographer and teacher, he has created concert dance work for: Cleo Parker Robinson Dance, Davis Contemporary Dance Company, Deeply Rooted’s ECS, COCADance, as well as teaching and lecturing at the Denver School for the Arts, Dwana Smallwood Performing Arts Center, William & Mary College and the Central Visual & Performing Arts High School. He currently serves as the Modern Dance Director for Park Hill Dance Academy. Along with his concert dance work, Christopher has choreographed for such theatre companies as: Fly North Theatricals, The Rep’s Imaginary Theatre Company, Town Hall Arts Center and Vintage Theatre Productions. He has been blessed to serve a thirteen year tenure at East Central College as their “Choreographer-In-Residence”, as well as a fifteen year tenure as the choreographer for the COCA Summer Musicals. His choreography has been presented on a national level at the International Association of Blacks In Dance Conference. In 2013, he was recognized and given the Leni Wylliams Award for choreography and innovation from Cleo Parker Robinson Dance. In 2020, he received a Colorado Henry Award nomination as “Best Choreographer”, for his choreography for the musical, “The Scottsboro Boys”, produced by Vintage Theatre Productions. To his ancestors and mentors on your shoulders I dance! Peace and Blessings; Love, Light and Art!